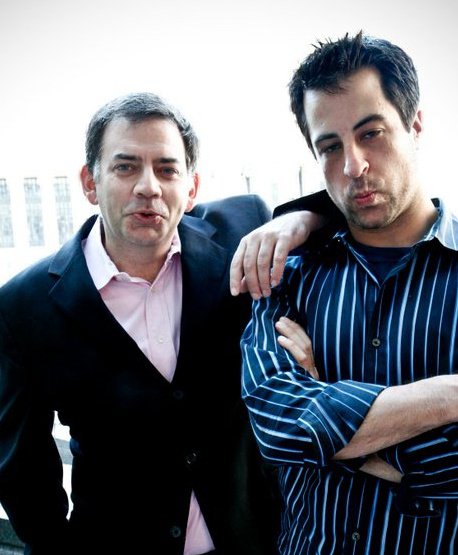 SHOW DESCRIPTION
ShawnMikael(s) is a two-man long-form improvisational show that has yet to comprehend its own limits. Both actors frequently populate their scenes with multiple characters and jumps in time and space while maintaining the scene’s integrity and internal logic. The result? Never-before-imagined worlds come alive, entire communities emerge, and comic possibilities are realized. Those who have seen ShawnMikael(s) describe them as “committed” and “patient” (in addition, of course, to “hilarious”). They make frequent use of “multi-casting”—playing multiple characters within the same scene—but only as the opportunity arises organically, and not as a gimmick of the show. In short, while their show can—and has been—greatly appreciated by general audiences, they also think even veteran improvisers will also find something in it to enjoy.