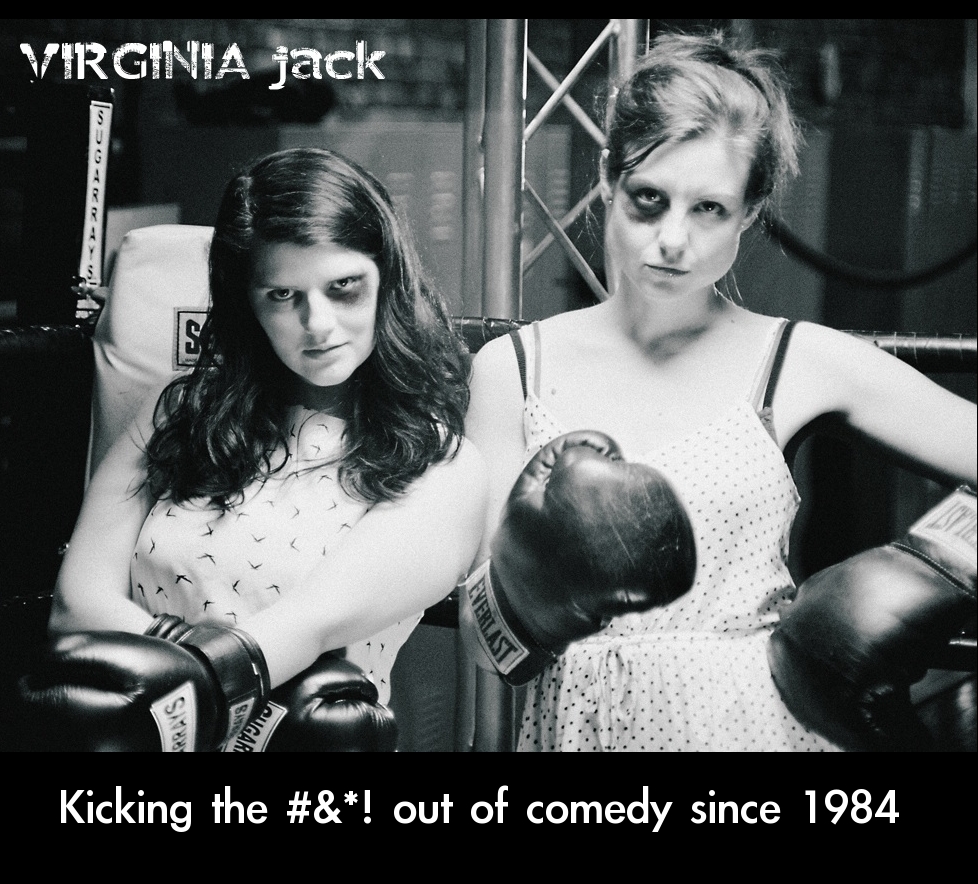 SHOW DESCRIPTION
Virginia Jack is Nicole Passmore and Briana Rayner, two mainstays of the Vancouver comedy scene. In the time they have spent improvising, they could have achieved 6 and 1/4 university degrees; instead they just got two. They are inspired by the grotesque, the magical, and the ridiculous. Like all good West-Coasters, both enjoy sushi, and Nicole likes cats. A lot. They reign as the only champions of the Vancouver Improv Fight Club series, and enjoy reminiscing about a show they did in a women’s prison, including the fact that they never did get their confiscated bobby pins back.A Virginia Jack show opens by betraying its characters; secrets are spilled and flaws exposed in the first few moments. A myriad of characters are co-created and shared by the two performers; their story is explored in a single narrative. Inspired by Amelie, gothic fairy tales, and pop culture, a Virginia Jack show is an unpredictable and exciting mix. With heartbreak comes revenge, with tea comes whiskey, and with PBS comes HBO. These tales unfold unexpectedly, as only they could when told by two fearless women who combine cynicism, smarts, and heart.