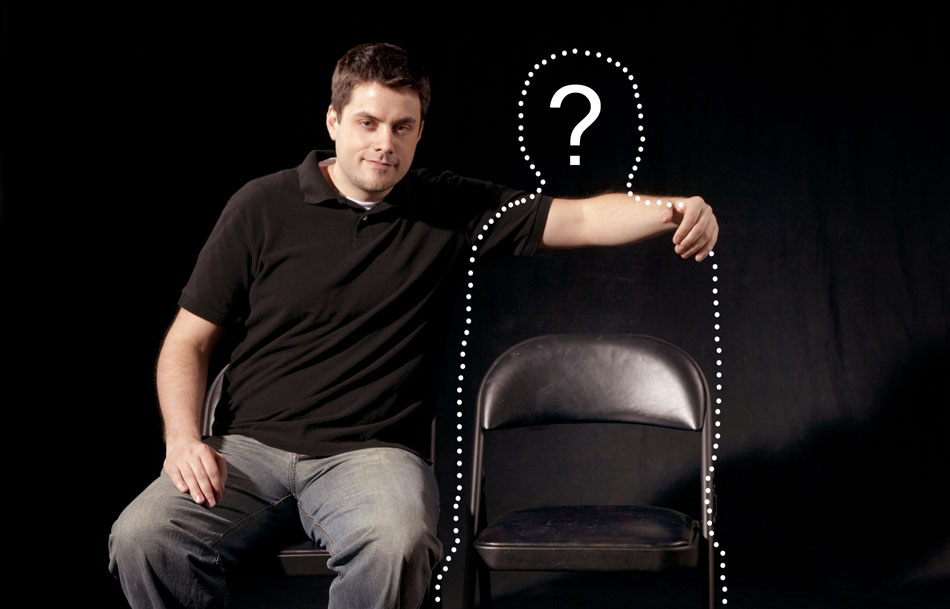 Performing on Saturday June 7th, 2013 at 9:02 pm
GET ADVANCE TICKETS VIA TICKETLEAP!

Matt& stars Matt Holmes (Rare Bird Show, Philly Improv Theater) and a random stranger plucked from the audience. “must-see” – Philadelphia Weekly“a don’t miss show” – Philly2Philly“playful and winning” – Time Out ChicagoNothing is planned or prepared. It’s all made up as you’re watching it, based on something yelled out by the crowd. One real audience member—usually somebody who has never even seen improv before—winds up on stage and in the show.Matt& has appeared in the Chicago Improv Festival, Philadelphia Improv Festival, Baltimore Improv Festival, Duofest, Oberlin Improv Conference in Ohio, Penn State’s RAWR! Improv Festival, and at the Upright Citizens Brigade Theatre’s Del Close Marathon in NYC.http://www.MattAndImprov.com