Two Gentlemen is a kinetic, daring, and unpredictable show that builds a shared experience with its audience. 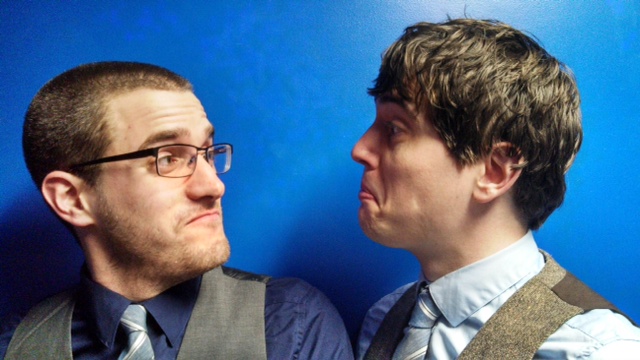 Performing on Saturday, June 7th 2014 at 7:32pm
GET ADVANCE TICKETS VIA TICKETLEAP!

SHOW DESCRIPTION
As “Two Gentlemen”, Greg and Ari create comedic worlds in a free-form style that embraces risks and honesty. Using a fast-paced, kinetic and seamless style Greg and Ari remain “on the brink of discovery” with their audience ensuring that every show results in a shared experience of something unexpected. Two Gentlemen is a new project for the quickly climbing improvisers, but just like their shows, there is no limit to where it can go. They’re quickly broadening the horizons performing all over New England They thank you for joining them on this adventure.About Greg and Ari: Greg originally hales from Texas where he performed with the Dallas Comedy House on some six resident teams exploring a myriad of formats. He now performs in Boston with a Harold group and a number of independent projects. Ari, originally from Philadelphia, is a resident cast member and an instructor at ImprovBoston. Over the past few years Ari has worked on a variety of improv projects spanning from hour long mono scenes, to fast paced long form parodies, and everything in between. Ari and Greg both enjoy coaching and directing a number of improv groups in the Boston area.