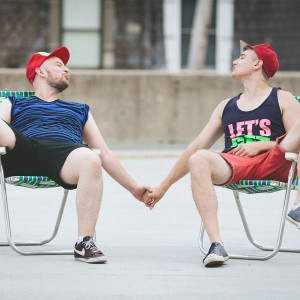 SHOW DESCRIPTION
SOPHIE: The Musical is a two man musical narrative. Taking one single suggestion from the audience, Pat and Ian will create a hilarious musical that will often explore dark material and themes to explore philosophical issues. With musical director Steve Sarro on the keys, Pat and Ian explore any and all digressions, past histories, and whatever hilarious stuff they discover.